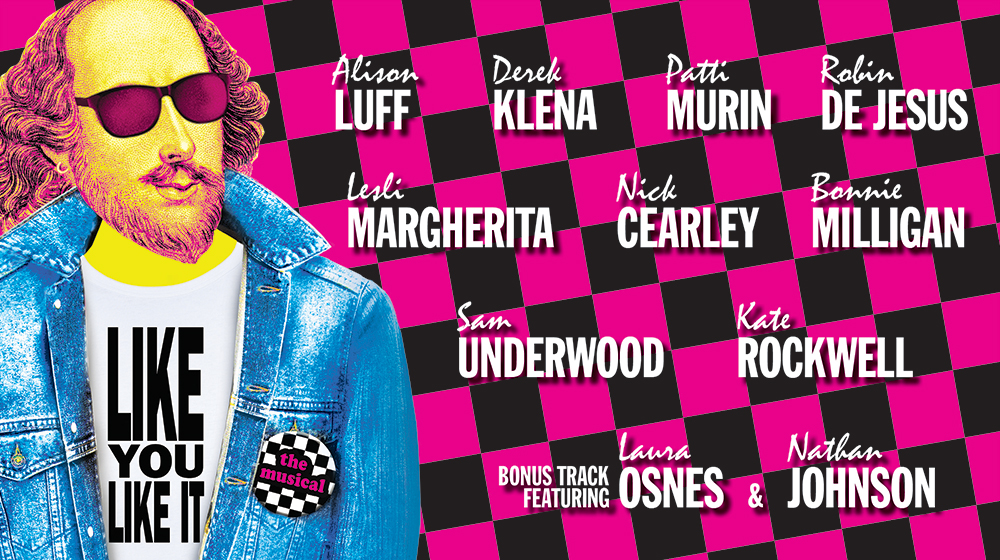 All the world’s a mall in Like You Like It, a totally awesome blend of As You Like It and the John Hughes movies of the 1980s. The winner of Best Musical at the 2009 NY Innovative Theatre Awards for the lauded Gallery Players production and a festival favorite in the inaugural NYMF, Like You Like It has been performed extensively in regional theaters, international festivals, colleges and high schools, and is licensed by Broadway Licensing.

plus bonus track with
Laura Osnes (Bandstand, Cinderella, Bonnie & Clyde)
Nathan Johnson (Like You Like It at The Gallery Players)
performing cut song “All Of The Above”

For a photo gallery of the recording sessions, click the grid below.

Much #gRADitude to the album’s generous contributors: